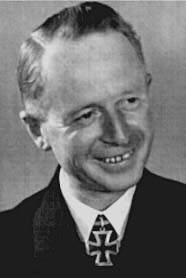 He joined the post-war German Navy and retied as Fregattenkapitän a.D. der Bundesmarine.

Special thanks to Mr. Fernando Almeida for details on post-war career.