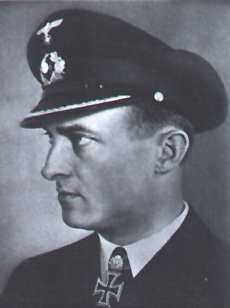 In Oct 1942 Thimme began his U-boat Commander training with the 24th (Training) Flotilla from when he began his U-boat familiarization (Baubelehrung) at Bremen to prepare for his own command. On 9 Dec 1942 Oblt. Jürgen Thimme commissioned the brand new type VIIC boat U-278. In Oct 1943 he left the boat having never gone out on patrol with her (Busch & Röll, 1999).