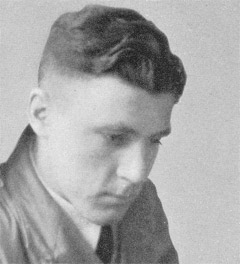 Erwin Dohrn joined the Kriegsmarine in 1938. He specialized in weaponry (ordnance) and only transferred to the seaman branch on 15 July 1943. He served with flak and armed ship units until March 1943 when he began his U-boat training (Busch & Röll, 1999).

From March 1943 to Feb 1944 Dohrn went through U-boat training and then U-boat Commander course. He took his U-boat familiarization training (Baubelehrung) in preparation for his own U-boat command from Feb to May 1944 (Busch & Röll, 1999).

Loss of Oblt. Erwin Dohrn and his boat

Erwin Dohrn and his crew of U-325 had been listed as missing in action since April 1945.