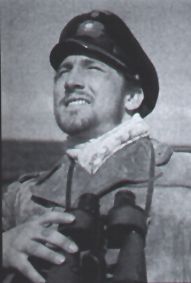 Karl-Heinrich Harlfinger committed suicide on 21 March 1944 (Busch & Röll, 1999). He was a member of Crew 1935 but his commissioning as a Leutnant zur See was delayed, resulting in his promotions through the officer ranks being with Crew 1936.

Harlfinger shot himself in Hotel Majestic in La Baule, France. He was actually a life-affirming man who contracted a sexually transmitted disease. Commander of the 6th Flotilla - Carl Emmermann - decided to pass on punishment for the matter. Harlfinger feared military punishment and service dismissal and stigma and decided to end his life.