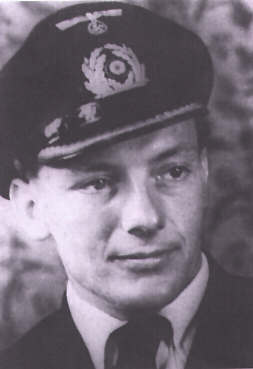 Hans-Jürgen Hellriegel joined the Kriegsmarine in April 1936, and was part of the Olympia Crew. After six months on the torpedo boat Luchs he transferred to the U-bootwaffe (U-boat force). He served as IIWO onboard U-46 under the command of Kptlt. Sohler and later under Kptlt. Endrass before taking command of the type IID U-boat U-140 (Hinsch). He made two patrols in U-140 in the Baltic during the summer of 1941 and sank the Soviet submarine M-94.

In April 1942 he replaced the successful commander of U-96, Kptlt. Lehmann-Willenbrock. On his second patrol he sank three ships and damaged the British tanker F. J. Wolfe and the British former coastal liner New York.

In March 1943 Hellriegel left U-96 and a month later commissioned the type IXC/40 U-boat U-543. This made him one of very few commanders to see active service in each of the three main U-boat types. He died when U-543 was sunk with all hands by US aircraft off the coast of west Africa on 2 July 1944 (Niestlé, 1998). 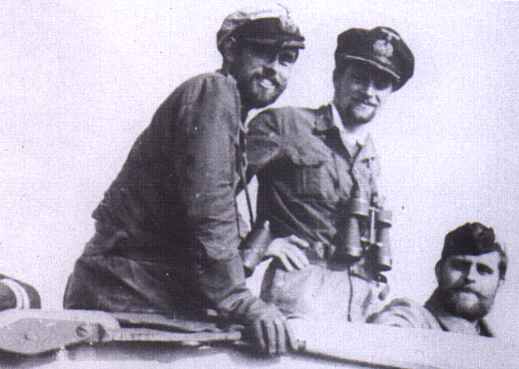 Oberleutnant Hellriegel (left) on the conning tower of U-96 returning from patrol.