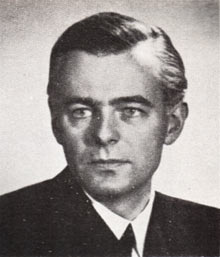 Sinking of Diamantis and the landing of its crew in Ireland
About 15.40 hours on 3 October 1939 the unescorted and neutral Diamantis (Master Panagos Pateras) was hit by one torpedo from U-35 and sank about 40 miles south-southwest of the Scilly Islands. She had been stopped in bad weather by the U-boat at 13.15 hours and the crew was ordered to abandon ship. After the first two G7a torpedoes fired exploded prematurely, a G7e torpedo was fired and worked correctly. Because the lifeboats were not suited for use in the bad weather, Lott decided to take all 28 crew members aboard and landed them the next day in Dingle Bay, Ireland (McShane, 2012).