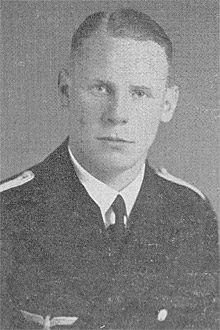 To prepare for his own U-boat Command he began his U-boat familiarization (Baubelehrung) in Jan 1944. On 22 March 1944 he commissioned the brand new type VIIC boat U-486 at Kiel and started his work-up training in the Baltic (Busch & Röll, 1999). 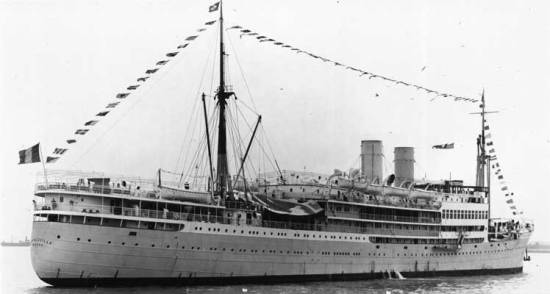 The Belgian troopship Leopoldville sunk by U-486 (Meyer) on 24 Dec 1944.
Photo courtesy of the Allen Collection.

This performance, under constant Allied sub-hunting, should have ensured a Knight's Cross for him but the Allies spread disinformation that the Leopoldville was a hospital ship and also BdU seemed oddly unaware of his exploits.