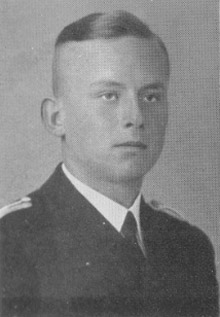 Oberleutnant z. See Amelung von Varendorff was 2nd Watch Officer (II WO) on U-47 when the U-boat made its successful raid on the British base at Scapa Flow. He left the boat before U-47 went on her last patrol.

He died on the third patrol of U-213 when the boat was sunk by depth charges from HMS Erne, HMS Sandwich and HMS Rochester (L 50) during a convoy operation against OS-35. (Niestlé, 1998)