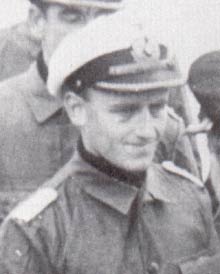 U-boats that made it into the Mediterranean

During 1941 32 U-boats were sent towards the Straits of Gibraltar in an attempt to enter the Mediterranean. 27 of those managed to complete their passage while 2 were sunk at Gibraltar and 4 more sustained damage and had to return to their French bases.


U-boats lost in the Mediterranean in 1941


U-boats in the Mediterranean