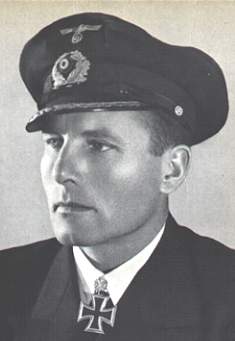 U-boat war in the Mediterranean 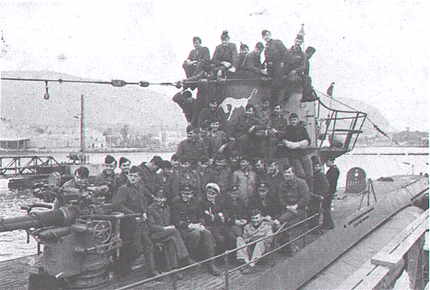 U-559 at her base in the Mediterranean.

From Sept 1941 to May of 1944 Germany managed to send 62 U-boats into the Mediterranean. All these boats had to navigate the dreaded British-controlled Straits of Gibraltar where 9 U-boats where sunk while attempting passage and 10 more had to break of their run due to damages. No U-boats ever made it back into the Atlantic and all were either sunk in battle or scuttled by their own crews.

The Mediterranean was a very dangerous arena for the U-boats, all around it were dozens of allied air bases from which hundreds of radar-equipped aircraft hunted them. The Mediterranean is very clear and calm body of water which made escape more difficult for the U-boats. Dönitz was never too excited about these missions as he considered them to be wasteful to the overall war effort, as each boat would be lost to the Atlantic battle forever.

Locations of U-boat bases in the Mediterranean (red dots).

On the Map above the bases used by the 23rd flotilla (Sept 41 - May 42) and the 29th flotilla (Dec 41 - Sept 44) are shown. In May 1942 the boats of the 23rd flotilla at Salamis, Greece were merged into the 29th flotilla when the former flotilla was disbanded. The yellow area in Africa shows the area of influence by the Axis powers in late 1942 - later in the year it had shrunk considerably through British advance (from east) and Allied invasion (Torch.

Locations of ships hit by U-boats in the Mediterranean. The map is current world map.

Locations of U-boats losses in the Mediterranean. The map is current world map.