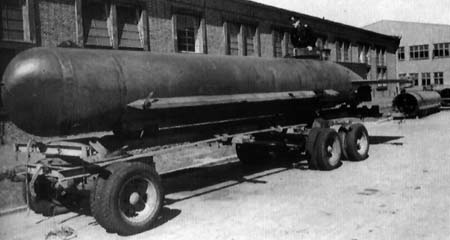 These 11 ton one-man boats were all electric and designed for coastal operations. Looking like a large torpedo they had the small range of 40 miles at 5 knots and carried 2 underslung torpedoes. These boats were designed to travel submerged only.

The Molch were used in the Mediterranean in a desperate action against the allied Operation Dragoon (invasion of the French Riviera coast). These 12 Molch were part of the K-Verband 411 flotilla and on the night of 25/26 September 1944 they attacked, sinking or damaging nothing for the loss of 10 out of the 12. The last two were destroyed in allied warship bombardment of San Remo shortly thereafter.

Did you know that there are several Molch boats in museums today? The one below is at Neustadt / Holstein, Germany. 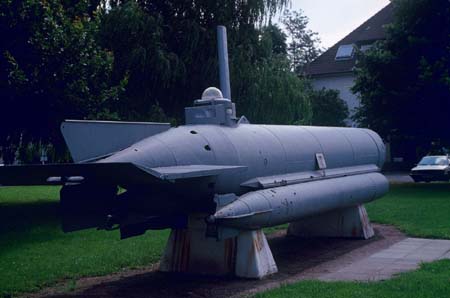