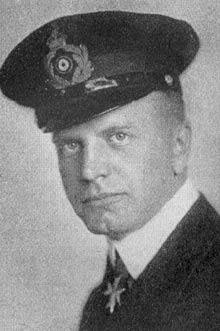 After Leven depth charged UB 35, seven men were sighted in the water. The destroyer only managed to recover one, who died on board a short time later. Two crewmen that sailed on UB 35 were captured January 25, 1918 when the British patrol vessel P34 appeared while they were on a Greek vessel preparing to scuttle it. The wreck of UB 35 has been located and identified by divers.