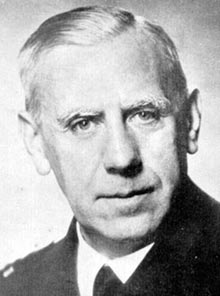 Helmut Brümmer-Patzig entered the Germany Navy as member of class 1910. He served on the pre-dreadnaught battleship Pommern until Nov 1915 when he switched to the U-boat force. He was a Watch Officer on U A (Scherb) and U 55 (Werner) from Nov 1915 to Sep 1917. Brümmer-Patzig commanded the WWI U-boat U 86 from Jan 1918 to Aug 1918 when he took command of U 90 until the Armistice on 11 Nov.

Sinking of the hospital ship Llandovery Castle
One of the worst atrocities of the Naval war was is reported to have happened on 27 June, 1918, when SM U-86 (Oblt.z.S. Helmut Patzig), against international law and standing orders of the Imperial German Navy, sank the hospital ship LLandovery Castle. On top of that, he ordered his U-boat to ram the life boats and shot at the survivors. Of a crew of 258 of the LLandovery Castle only 24 survived. For this war crime, Patzig and his watch officers were tried after the war before a German court at Leipzig and were condemned to four years imprisonment. Patzig could not be found to be tried and his officers "escaped" on the way to labor camp.

When the Second World War broke out he offered his service again, serving past his retirement age. Brümmer-Patzig served on the BdU staff from Feb to Jun 1940, then in several staff positions until he took command of the former Dutch boat UD 4 on 28 Jan 1941. he commanded that boat, no patrols, until 15 Oct 1941 when he again served in staff positions until retirement on 3 May 1945.