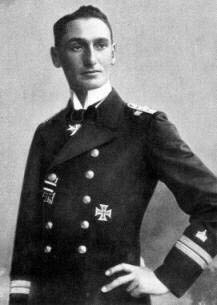 Slevogt joined the Imperial Navy on 1 April 1910. He completed his basic training on the armored cruiser SMS Hansa and then came to the Naval Academy Mürwik, where on 15 April 1911 he was promoted to Fähnrich zur See. After completing his training Slevogt first came on 1 October 1912 aboard the battleship SMS Thüringen and 1 October 1913 joined the light cruiser SMS Stettin. There he was on 27 September 1913 promoted to Leutnant zur See. From 5 February 1914 to the outbreak of World War II out into the light cruisers SMS Rostock, SMS Regensburg and SMS Graudez and his interim promotion to Oberleutnant zur See on 22 March 1916.

After the war Slevogt worked from February to mid April 1919 as a recruiter for the Marine Regiment Madlung. He then joined the III. Marine Brigade, and was there until 18 May 1920 as instructor, then worked as a company commander.

Slevogt was transferred to the Navy, first used as a conductor at the Naval Radio School Swinemünde. This was followed by a use of 6 October 1920 to 4 October 1923 as a teacher at the Naval Intelligence School and was promoted to Kapitänleutnant on 1 Jan 1921 From 5 October 1923 to 24 September 1925 was Slevogt as company commander of the Second and First Department of the ship's master division of the North Sea and then he came in third naval staff officer to the staff of the Marine Station of the Baltic Sea. From there took place on 27 September 1926 for two years, he was transferred to the battleship Hessen and role as a watch officer. For three years he provided service to 25, then September 1931 as head of the naval training department (A III) of the Naval Command Office.

On 1 April 1929 he was promoted to Korvettenkapitän. He was then stationed from 26 September 1931 to 27 September 1933 on board the battleship Schlesien. First, as navigation officer, then as first officer.

From 21 May 1935 Slevogt commanded the submarine defense school. On 1 October 1934 he was promoted to Fregattenkapitän and on 1 October 1936 to Kapitän zur See. At the same time he was head of the Education Association of the U-boat school. From 18 September 1937 Slevogt was chief of staff in the staff of Admiral of the Baltic Station II, from 1 January 1938 letter 2 Admiral of the Baltic Sea one. In this role, he was at the beginning of World War II.

From 4 December 1939 to 31st March 1943 Slevogt acted as second Admiral of the Baltic Sea and in this role was promoted on 1 July 1940 to Konteradmiral and on 1 September 1942 further promoted to Vice Admiral. He was then made commander of the Naval High Command and the Baltic Sea on 30 from in June 1943.

He served as an officer serving voluntarily beyond his duty and age (zV) until the war ended. With the German surrender Slevogt fell into British prisoner of war, being was released on 8 January 1946.