What happened on
15 June? 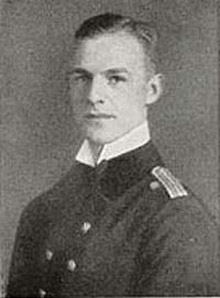 Raimund Weisbach was a Watch Officer (and torpedo officer) under Kapitänleutnant Walther Schwieger’s command when U 20 torpedoed S/S Lusitania on 7th May 1915. He prepared and fired the fatal torpedo, under Schwieger’s order. Back in Germany, he was awarded the Iron Cross 1st Class.

The World War One career of Kapitänleutnant Raimund Weisbach ended on 1st May 1917 when U 81 was torpedoed by the British submarine E 54. 24 members of the U-boat crew died. Weisbach, his watch officer Otto Walter and five other Germans survived. They spent the rest of the war as prisoners in Britain.