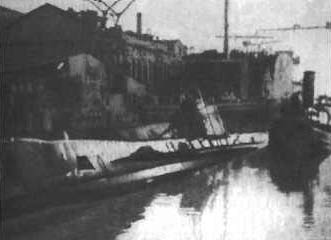 At the beginning of the war the Russian Navy did not have as many surface vessels as the British and American navies. The Russian submarine fleet was, however, probably the largest one in the world at the time [1941]. The Russian Navy consisted of 4 battleships, 10 cruisers, 59 destroyers and 218 submarines. The navy was divided into four fleets; in the Baltic Sea, Arctic Sea, Black Sea and the Pacific Ocean.

The Russians mostly fought in the Baltic Sea and in the Arctic. Their losses in the Black Sea were heavy, but a complete record of Russian losses in the area does not exist.

Ships of the Soviet Navy

War losses
According to our files the Soviet Navy lost 138 warships during WWII (32.78%). See them all here.