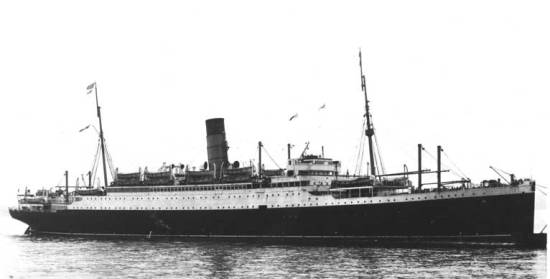 At 2330/15 (0030/16 German time), the armed merchant cruiser HMS Andania (Capt. D.K. Bain, RN) was torpedoed and heavily damaged by the German submarine U-A south-west of Iceland in position 62°36'N, 15°09'W. The ship sank slowly by the stern and the crew was taken off by the Icelandic trawler Skallagrímur.

In response the destroyer HMS Forester (Lt.Cdr. E.B. Tancock, RN) was sent from the Faroes. HMS Amazon (Lt.Cdr. N.E.G. Roper, RN), which was part of the escort of a transport ship from Scapa Flow to the Faroes was also ordered to leave this transport ship and proceed to the attack position. HMS Amazon however had to return to Scapa Flow with defects and arrived there around 1115/17.

At 0200/16, the destroyer HMS Kelvin (Lt.Cdr. J.L. Machin, RN) departed Scapa Flow to assist. She was later ordered to proceed to the Faroes.

At 0240/16, the destroyers HMS Ashanti (Cdr. W.G. Davis, RN) and HMS Bedouin (Cdr. J.A. McCoy, DSO, RN) departed Scapa Flow for Reykjavik, Iceland. They were to try to find the Icelandic trawler Skallagrímur which had the survivors of the Andania on board. They could however not find the trawler in the low visibility. These two destroyers were later ordered to hunt a German submarine which was reported to be near Reykjavik.

It was HMS Forester who encountered the trawler on the 16th but the survivors could not be transferred due to the weather conditions.

On the 17th it was possible to take over the survivors and they were taken to Scapa Flow by HMS Forester. She arrived there at 2230/17. (1)