What happened on
29 June? 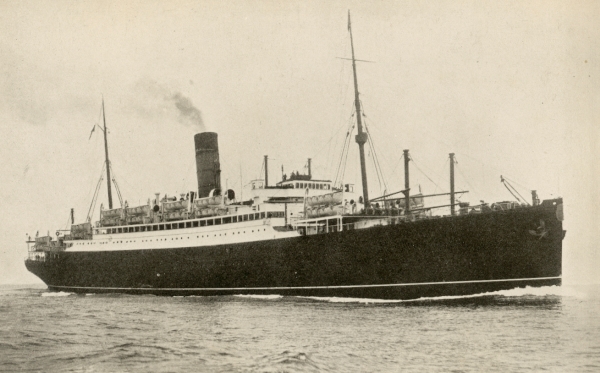 On departure from Halifax the convoy was escorted by the armed merchant cruiser HMS Aurania (A/Capt. I.W. Whitehorn, RN).

On 4 December the Bello was ordered to return to Halifax as she could not keep up with the convoy.

These ships had no escort.

Convoy BHX had been escorted by the armed merchant cruiser HMS Maloja (A/Capt. V. Hammersley-Heenan, RN). This ship parted company after the convoy had merged.

On 8 December 1940 the merchant vessel Anthea collided with the Dutch merchant vessel Maasdam (8812 GRT, built 1921) in position 48°44'N, 46°37'W and sank as a result of the colission. At that time the Anthea had straggled from the convoy in the bad visibility.

The bulk of the convoy arrived at Liverpool on 18 December.

On departure from Bermuda the convoy was escorted by the armed merchant cruiser HMS Aurania (A/Capt. I.W. Whitehorn, RN).

The convoy merged with convoy HX 108 coming from Halifax on 12 February 1941.

This convoy departed Halifax on 6 April 1941 in two sections, convoy HX 119A and convoy HX 119B. They merged in the morning of April 13th.

On departure from Halifax convoy HX 119A was escorted by the armed merchant cruiser HMS Aurania (A/Capt. I.W. Whitehorn, RN) and the corvettes HMCS Chambly (T/A/Cdr. J.D. Prentice, RCN) and HMCS Orillia (T/Lt.Cdr. W.E.S. Briggs, RCNR). The corvettes were detached to return to Halifax the next day.

The convoy was joined by the battleship HMS Revenge (Capt. E.R. Archer, RN) around 0900Q/8.

Around 1400P/11, HMS Revenge parted company with the convoy to return to Halifax.

On departure from Halifax convoy HX 119B was escorted by the armed merchant cruiser HMS Montclare (Capt.(Retd.) H.M. Spreckley, RN) and the corvettes HMCS Cobalt (T/A/Lt.Cdr. R.B. Campbell, RCNR) and HMCS Collingwood (T/Lt. W. Woods, RCNR). The corvettes were detached to return to Halifax the next day.

At 2130Z/16, HMS Norfolk parted company with the convoy to proceed to Hvalfjord.

On the 21st, HMS Viscount and corvette HMS Freesia parted company with the convoy.

The convoy arrived in U.K. waters on 22 April.