What happened on
23 April?

Sloop of the Black Swan class 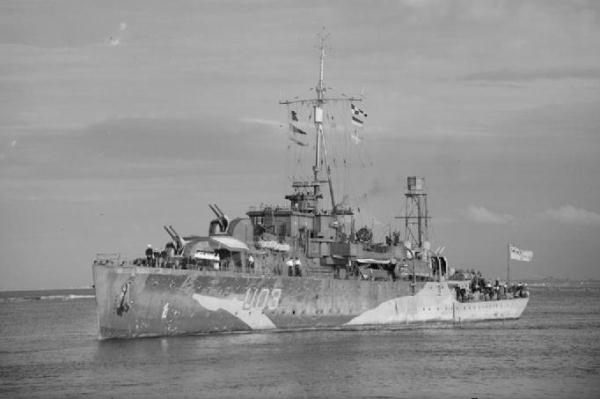 Commands listed for HMS Erne (U 03)

30 Apr 1941
While still at the builders yard (4 days after commissioning) HMS Erne (Lt.Cdr. H.M. Darell-Brown, RN) is heavily damaged by a near miss during a German air attack. Repairs were only completed in June 1942.