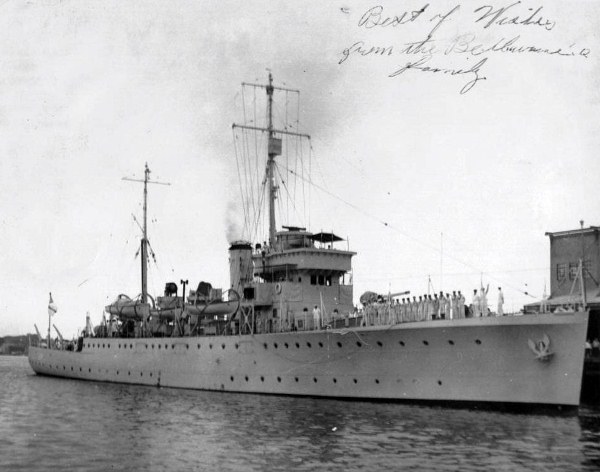 Like Corvettes, the sloop was a slow escort (16 knots) vessel, small and somewhat lightly armed. The main design element of this type of ship was long voyages so they could outperform the corvette in this regard.

They were intended for the Mediterranean and South Pacific service which made them cold and miserable ships in the more hostile North Atlantic. One class, Black Swan, that was designed just before the war, was faster (19 knots) and carried more anti-aircraft armament. Sloops generally carried a large number of depth charges and were very well equipped with sensors making then effective U-boat hunters.

The Royal Navy's escort sloop emphasized range and anti- aircraft protection on a destroyer size hull. Destroyers, by contrast, emphasized high speed, low angle guns, and torpedoes for their fleet screen duties. A sloop achieved half a destroyer's speed on 1/10 the horsepower; but ASDIC was useless at higher speeds, and more economical engines offered greater endurance. Destroyer construction took precedence between the wars because destroyers could undertake convoy escort, but sloops could never effectively screen the battle fleet.

The sloop was favored by perhaps the most famous of all Allied ASW commander was Captain Johnnie Walker, RN. Under his command the sloop HMS Starling became the most successful U-boat killer of all.