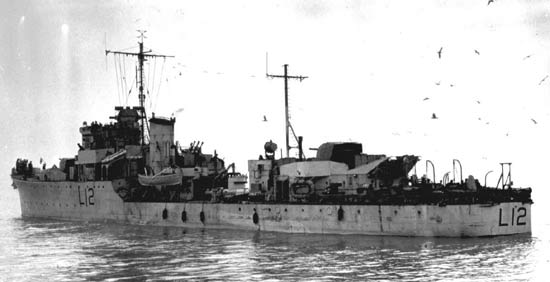 HMS Albrighton during the war

11 Nov 1942
HrMs Isaac Sweers (Capt. W. Harmsen, RNN) arrived at Gibraltar at 0900 hours. She departed again at 1445 hours to go to the aid of the torpedoed troop transport Nieuw Zeeland.

The three ships then took the survivors to Gibraltar where they arrived around 2115 hours.

HrMs Isaac Sweers and HMS Porcupine departed Gibraltar soon after having landed the survivors. They were to join 'Force H' at sea. Before doing so they were to fuel at sea from 'Force R'.