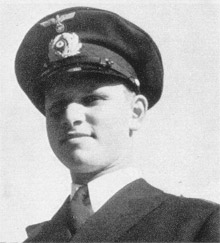 3 Nov 1943
22.10 hrs local time, off Cochin (now Kochi), India: A Catalina flying boat (413 Sqn RCAF/Y, pilot J. Gowans) located U-168 on radar in darkness astern of convoy MB-53. A stick of four 250lb depth charges dropped as the U-boat evaded with a hard turn to port straddled the stern, and caused leaks and damage to the stern torpedo tubes. The aircrafts empennage was slightly damaged by flak as the port blister gun returned fire until the U-boat dived 10 minutes later. U-168 afterwards made directly for Penang and thus avoided an intense air search of the area of the attack over the next five days. The pilot was subsequently awarded a DFC for his actions. (Sources: AIR 25/931)

Unlike many other U-boats, which during their service lost men due to accidents and various other causes, U-168 did not suffer any casualties (we know of) until the time of her loss.