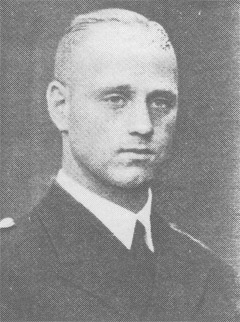 U-209 reported for the last time on 6 May 1943 via its sister boat U-954 (Loewe) describing the extensive damage suffered from an air attack on 4 May, including the breakdown of its main transmitter. The boat was ordered to return to base shortly afterwards and reported missing on 19 May when it failed to arrive. However, it is likely that U-209 was already lost on or about 7 May in a diving accident as a result of the damage suffered.

28 Mar 1942
At 07.04 hrs, the boat was sighted by HMS Blackfly, escorting the Polish steam merchant Tobruk, a straggler from convoy PQ 13. The guns of the armed trawler were frozen and could not be used, but after U-209 dived, two depth charges were launched, of which only one exploded. At 07.42 hrs, U-209 missed the escort with a stern torpedo, who responded with two more depth charges, also with no success. Shortly afterwards they lost sight of each other in a flurry of snow. (Sources: KTB U-209/ADM 237-164)

29 Mar 1942
11.03 hrs, Barents Sea: the boat dived after being sighted by HMS Hussar and HMS Gossamer. Both minesweepers then carried out seven attacks runs until 12.44 hrs, launching 30 depth charges with difficulty, as the traps were frozen. At the end of the hunt they heard two underwater detonations and claimed the sinking of a U-boat. U-209 had, however, managed to escape undamaged after the first few attacks. (Sources: KTB U-209/ADM 199-1782)

9 Jul 1942
Two men died during an accident on the harbour quay at Bergen, Norway. The boat next went on patrol on 17 July. [Funkgefreiter Edmund Kiepulski, Funkgefreiter Alfons Kuklinski]