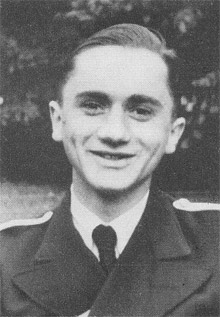 U-553 was last seen by U-465 (Wolf) south-west of Ireland in position 48.15N, 15.35W in the evening on 20 January 1943. The boat had reported troubles with its periscope the day before, but was still heading for its operational area with the wolfpack Landsknecht in the eastern North Atlantic and was reported missing on 28 January after repeatedly failing to signal its position.

15 Oct 1941
At 16.24 hrs, the boat dived after being sighted by HMCS Columbia while shadowing convoy SC 48 off its port beam. The destroyer obtained no Asdic contact but dropped six depth charges at the diving spot and then remained in the area to keep U-553 down. At 18.15 hrs, the U-boat fired a stern torpedo at the destroyer, but she managed to evade the attack after a lookout saw the torpedo track. HMCS Columbia picked up a good contact and delivered an accurate depth charge pattern, but U-553 had already dived to 55m (180ft) and suffered only minor damage. In the meantime HMS Gladiolus joined the hunt, but carried out no attacks as the U-boat had already crept away. (Sources: KTB U-553/ADM 237-187)

17 Oct 1941
After a successful attack on convoy SC 48, the boat dived to 90m (295ft) to avoid a destroyer which approached. Three depth charges were dropped at the diving position, detonating high above the U-boat which escaped further attacks by passing under the convoy. The destroyer was probably USS Kearny, which dropped a single depth charge at 00.22 hrs. (Sources: KTB U-553/ADM 237-164)

Unlike many other U-boats, which during their service lost men due to accidents and various other causes, U-553 did not suffer any casualties (we know of) until the time of her loss.