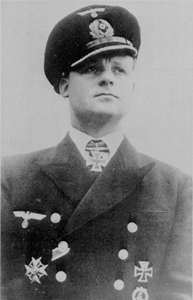 Günther Krech began his naval career in April 1933. Later, like Reinhard Hardegen and several other officers who would go on to become successful U-boat commanders, he was seconded to the Luftwaffe. His secondment lasted for three years, spent mostly in staff positions, at one point with Luftwaffe High Command (Führers der Luftwaffe). In November 1939 Krech returned to the Kriegsmarine and began U-boat training. He received his first combat experience as 1st Watch Officer (IWO) on U-100 under Kptlt. Schepke. He left the boat in November 1940 and after Commander training with the 24th Flotilla he commissioned U-558 in 1941. 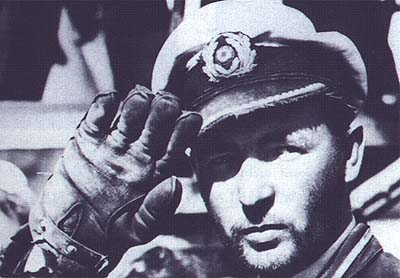 Over ten patrols, mostly in the Atlantic and Caribbean, he sank or destroyed 19 ships. U-558 was sunk by US aircraft on 20 July 1943 in the Bay of Biscay (Niestlé, 1998). Only Kptlt. Krech, the LI and three men from the gun crew survived. Günther Krech then spent some years in Allied captivity.