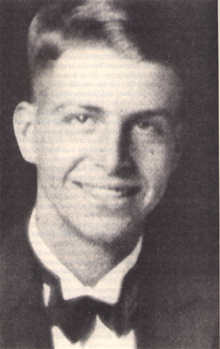 19 Mar 1943
Shortly after the Greek merchant Carras from convoy SC-122 was damaged in an attack by U-666, a British Fortress aircraft (220 Sqn RAF, pilot William Knowles) hit the boat with four depth charges, causing serious damage and forcing the boat to return to France. (Sources: Blair, vol 2, page 265)

1028hrs, Bay of Biscay, outbound: the Halifax (misidentified as a Sunderland) only strafed the boat on its first attack and received several AA hits in one of the port engines during a second run. The pilot then apparently lost control when turning to come in again and the Halifax crashed into the sea about 500m (546 yds) from the boat, killing the crew of eight.


9 May 1943
12.25 hours, Atlantic NW of Corunna, Spain, outbound: U-666 was attacked by British Whitley bomber BD278 (10 OTU RAF/C, pilot Sgt A.J. Salvage). The aircraft was hit by flak during the intial strafing run and its depth charges fell wide. After the boat dived the aircraft was forced to return to base due to damage to the tail. (Sources: Franks/Zimmerman)

Unlike many other U-boats, which during their service lost men due to accidents and various other causes, U-666 did not suffer any casualties (we know of) until the time of her loss.