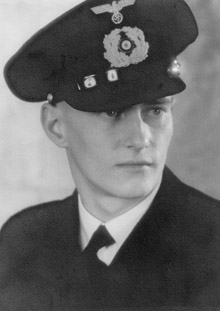 26 Jan 1942
The boat escaped with only minor damage after being rammed by a British escort in the Atlantic west of Ireland.

2 Jun 1942
11.03 hrs, off Nuevitas, Cuba: the boat attempted to shell the American steam merchantman Domino (3,170 GRT) with the AA gun, but it jammed on firing the first round. The freighter immediately returned fire with her 4in stern gun, and U-753 was lucky to escape without damage by diving. Domino fired three rounds, and claimed one hit. (Sources: KTB U-753/ONO OP-414)

13 May 1943
The sinking of U-753 0830hrs, North Atlantic: the boat was sighted by a Canadian Sunderland flying boat (423 Sqn RCAF/G, pilot F/L J. Musgrave) ten miles from convoy HX-237. Flak from U-753 prevented a depth charge attack, so the Sunderland shadowed the boat for the next 20 minutes, firing approx. 2,000 rounds and being hit by once by flak. HMCS Drumheller then forced the boat to dive with gunfire and the Sunderland immediately dropped two depth charges ahead of the diving point. A Swordfish aircraft from the British escort carrier HMS Biter arrived and marked the spot with smoke markers. The corvette was soon joined by HMS Lagan, and together they sank U-753 with depth charges. (Sources: Franks/Zimmerman)

Unlike many other U-boats, which during their service lost men due to accidents and various other causes, U-753 did not suffer any casualties (we know of) until the time of her loss.