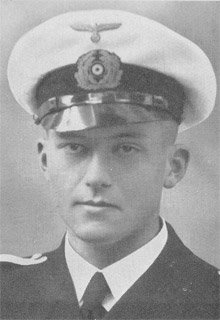 31 Jul 1940
Following a successful attack on convoy OB 191, escorts dropped 20 depth charges but U-99 escaped unscathed. In the evening the boat surfaced to attack the convoy again, but was twice forced to dive and bombed by a flying boat, again without being damaged. (Sources: Ritschel)

27 Sep 1940
During a night air raid on Lorient, two bombs fell close to the moored boat and debris caused slight damage to the deck. (Sources: Ritschel)

3 Nov 1940. At 2250hrs on 3 November, 1940, one of the most dramatic battles of the U-boat war began. U-99 attacked the armed merchant cruisers HMS Laurentic and HMS Patroclus. They were both sunk within seven hours, during which the U-boat fired ten torpedoes and four rounds from the deck gun, while the vessels returned fire without damaging the U-boat.

Unlike many other U-boats, which during their service lost men due to accidents and various other causes, U-99 did not suffer any casualties (we know of) until the time of her loss.

There was another U-99 in World War One
That boat was launched from its shipyard on 27 Jan 1917 and commissioned into the Imperial Navy on 28 Mar 1917. The Naval war in WWI was brought to an end with the Armistice signed on 11 Nov, 1918. Read about SM U 99 during WWI.