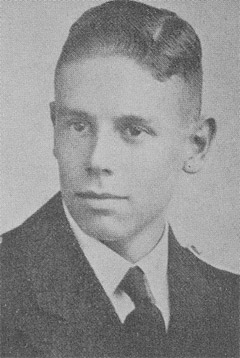 Rolf Riesen joined the Kriegsmarine in 1938. He served as a Div. Officer and a Watch Officer on the heavy cruiser Lützow from March to Dec 1941. Until March 1942 he served with the destroyer and torpedo boat crew holding division (Busch & Röll, 1999). 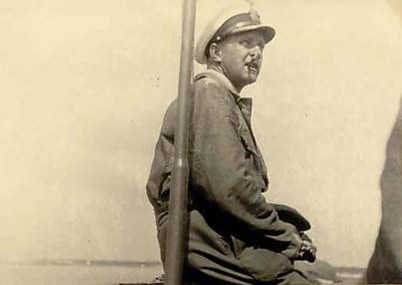 Rolf Riesen on the tower.

From Feb to April 1944 Riesen went through U-boat commander training with the 23rd training flotilla at Danzig. On 2 April 1944 he took command of the large boat U-180 (Busch & Röll, 1999). Unfortunately Riesen and his entire crew of 56 men was lost only 4 days into the first patrol when the boat went missing from 23 Aug 1944 in the Bay of Biscay west of Bordeaux, France (Niestlé, 1998).