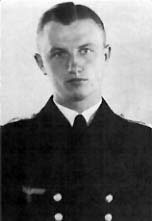 Friedrich-Wilhelm Wissmann joined the Kriegsmarine in 1935. After training he served with several minesweeping flotillas from August 1938 to April 1941. In April he began his U-boat training, completing his courses in Sept 1941.

An officer on the U-109
In Sept 1941 Wissmann was assigned as IWO (First Watch Officer) on the type IX boat U-109 (Kptlt. Heinrich Bleichrodt) stationed at Lorient, France. He served on the boat until Februrary 1942 and went on 2 patrols with the boat. The first patrol was an uneventful 45-day patrol. Wissmann's second patrol with the boat began on Dec 27, 1941 and in late Jan, early Feb 1942 the boat sank 4 ships for over 27.000 tons before returning to Lorient on Feb 23.

U-boat commander training and his first command
Wissmann left the U-109 and took his commander courses between March – May 1942. He then took command of the small school boat U-18 on 1 June, 1942 commanding it until 18 August when Wissmann was sent to the U-518.

On his first patrol he was sent on a special mission, landing an agent in North America. He left Kiel, Germany on 26 Sept 1942 and reached North America at the end of October. On 2 Nov he entered Conception Bay and sank 2 vessels (Rose Castle and P.L.M. 27). On 9 Nov he successfully landed the agent at Baie des Chaleurs (e. Chaleur Bay) in Canada. Wissmann then headed for open waters and 12 days later hit convoy ON-145, sinking 1 ship and damaging 2 more. On 23 Nov he sank his last ship on that patrol before heading to France, reaching base on 15 Dec, completing a very successful mission. 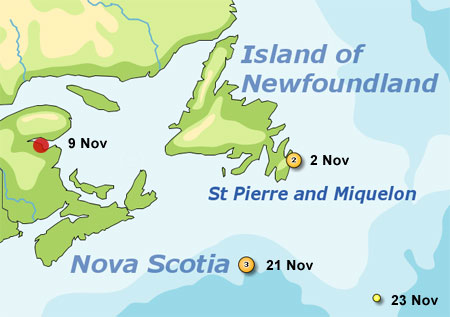 The landing of the agent (red) and ships hit on Wissmann's first patrol.

While outbound on his third patrol on June 27 1943 the boat was attacked by a British Sunderland aircraft and the boat was damaged badly enough to aborts its 3 day patrol and return to base few days later but not before being attacked again on the 30th by another Sunderland.

He re-sailed after repairs six weeks later on August 18 although that 106 day patrol was without success for the boat. During 1943 he spent 223 days at sea on 3 patrols and managed to bring the boat safely back to base, during that year over 240 U-boats were lost to enemy action.

After leaving the boat he served as training officer with the 2nd Flotilla, 10th Flotilla and 26th (Training) Flotillas from Jan 1944 until the end of the war in May 1945.