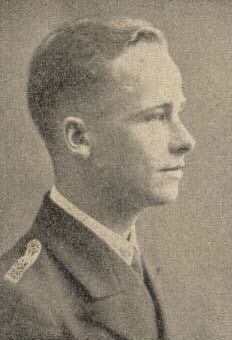 After joining the Kriegsmarine Kurt Diggins served on the square-rigger school ship Gorch Fock and the light cruiser Karlsruhe.

He was Captain Langsdorff's Flag Lieutenant on the Admiral Graf Spee from April 1939 (Grove, 2001). After the Graf Spee was scuttled on 17 December, Diggins escaped from Montevideo to Buenos Aires by stowing away in a river ferry, and from there made his way back to Germany.

Oblt. Diggins commanded the 6th and 5th Minesweeping Flotillas for two years before transferring to the U-bootwaffe (U-boat arm) in April 1940. He commissioned U-458 on 12 Dec. 1941, and commanded her until her sinking by Greek and British destroyers in the Mediterranean off Pantelleria on 22 Aug 1943.

Kptlt. Diggins was a POW at Camp 18 at Haltwhistle, UK, not being released until late 1947.

Kurt Diggins joined the Bundesmarine (Federal German Navy) in 1957, and eventually retired with the rank of Kapitän zur See.

From Naval Officers Under Hitler:

"Internees from the pocket battleship Graf Spee - Kurt Diggins, Rolf Schauenburg, Detlef Spiering and Karl-Heinrich Vagt - upon crossing the River Plate from Uruguay to Argentina, faced comparatively minor difficulties in making their way home from that neutral and traditionally anglophobic South American country. The greatest challenge seems to have been to get from Uruguay to Argentina. It took Diggins no fewer than 18 attempts before he succeeded in reaching Buenos Aires from Montevideo as a stowaway on a river steamer. He then left for home disguised as a Romanian."