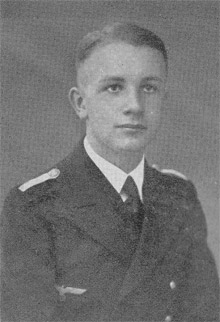 Walter Flachsenberg joined the German Navy (Reichsmarine) in 1928. From Sept 1939 to March 1940 Flachsenberg served with Naval Flak detachments before joining the U-boat force in April 1940. He went through his U-boat training from April to Dec 1940, including a patrol as Commander in training on the famous U-100 in Sept. The patrol he went out with Schepke in U-100 was the incredibly successful 15-day patrol where they sank 7 ships for over 50,000 GRT.

From July 1942 to the end of the war Walter Flachsenberg served in several staff positions, largely focusing on torpedo testing.

After the war he joined the post-war German Navy, Bundesmarine, and later retired as Flottenadmiral (e. Commodore or Rear Admiral).