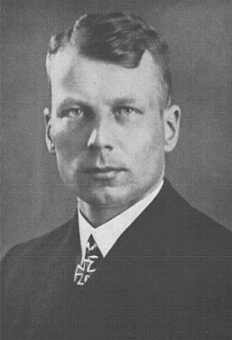 Wolfgang-Friedrich Freiherr von Forstner joined the Kriegsmarine in 1937, but was seconded to the Luftwaffe at the start of the war, where he served as a flight crew Observer in Küstenfliegergruppe 606 (Coastal Command Sqdn) until March 1942, when he transferred to the U-boat arm. His elder brother, Siegfried, was also a U-boat commander (Crew 30).

Kptlt von Forstner was a POW in Camp 174 at Cuckney in the UK until November 1947. He afterwards joined the Bundesmarine (Federal German Navy), and retired with the rank of Fregattenkapitän.