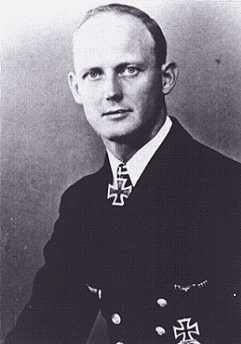 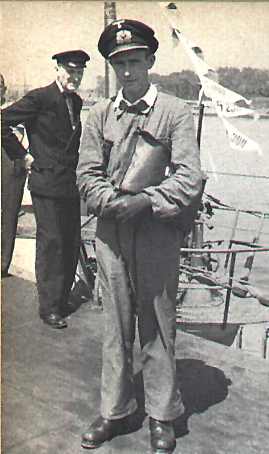 Kptlt. Heinrich Liebe after a patrol.

Heinrich Liebe began his naval career in April 1927. Starting in 1931 he served on the battleship Schleswig- Holstein, then in September 1935 transferred to the newly-formed U-boat force.

He was one of the few commanders with long and thorough pre-war U-boat experience. In October 1938 he commissioned U-38 and took her on a total of nine patrols. On his last patrol he sank eight ships with a total of 47,279 tons in the waters off Freetown, Africa. During this patrol he received the Oak Leaves to the Knights Cross.

In July 1941 he left U-38 and served for three years as a staff officer at OKM (Oberkommando der Kriegsmarine, Naval High Command).

From August 1944 to the end of the war he served on the staff of the BdU (Commander in Chief U-boats) as 2. SKL, BdU op.