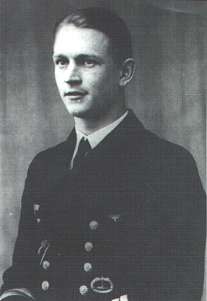 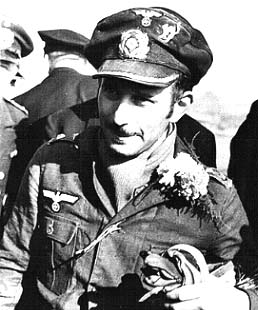 Reinhard Suhren's U-boat career commenced in March 1938 with the standard training. He then spent a year as I WO (1st Watch Officer) on the most successful U-boat, U-48, during which he was awarded the Knights Cross. In April 1941 he commissioned U-564, and in August 1941 he sank the British corvette HMS Zinnia (Rohwer, 1998).

In October 1942 he left U-564 to become an instructor with the 2nd ULD (U-boat Training Division). Later he served in the 27th (Training) Flotilla (as Chief of Staff) with Korvettenkapitän Erich Topp.

During the last year of the war Fregattenkapitän Suhren was the FdU Nordwegen (Commander in Chief of U-boats in Norwegian waters) and from September 1944, FdU Nordmeer (Northern waters between Norway and Greenland.