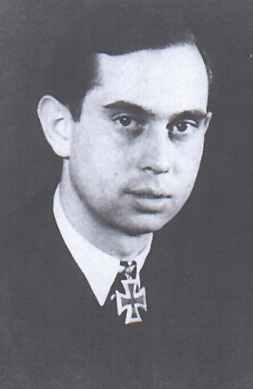 Uniforms in daily use 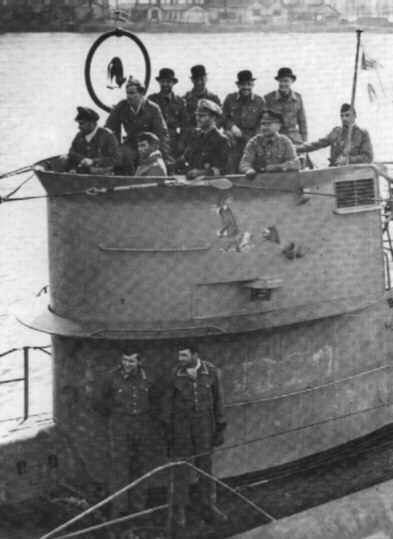 The conning-tower of U-94 as the boat is entering Lorient, France in April 1941. The crew wears the "Arbeitspäckchen" (working suit). Kptlt. Herbert Kuppisch wears his service suit and the white cap - indicating he is the commander.

The mates at the background are wearing bowlers - a nice joke after a long war patrol.

The "Maling" (painting) of Kptlt. Kuppisch's logo - displayed at the conning tower (above, left). In the radio-detection-antenna another image (above, right). 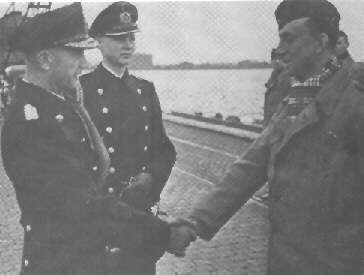 Admiral Dönitz welcomes a member of U-37, that wears his "U-Boot Päckchen" (leather clothes) with a privat neckerchief. On Dönitz' right side is his "Flagg-Leutnant" (flag lieutenant) Olt.z.S. von Knebel-Doeberitz.