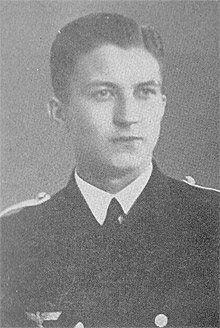 
Herbert Kuppisch began his naval career in 1933. He was one of those few officers who spent their entire careers in the U-boat force. He commanded U-58 and U-94 very successfully, and then spent over a year on the staff of BdU op.

In December 1942 he transferred for six months to the High Command of the Kriegsmarine (OKM), and then returned to patrol status in July 1943, taking command of the rype IXD2 boat U-847.

On her first patrol U-847 supported a few U-boats after the loss of two Milch Cows. On 27 August, 1943 she was sunk with all hands by aircraft from the US escort carrier USS Card (Niestlé, 1998).