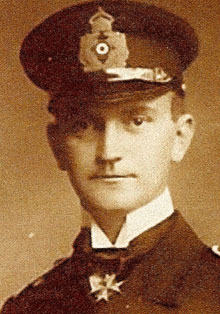 Per the 1910 Rangliste, von Beulwitz entered naval service on April 1, 1909 and was promoted to Fähnrich zur See on April 12, 1910. For reasons that are not clear, however, von Beulwitz is not list in the 1909 Rangliste.