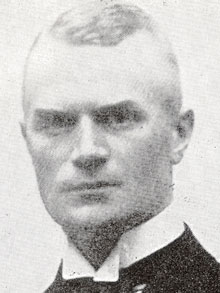 Hans Rose joined the Kaiserliche Marine as a Seekadett in 1903. In 1914 was promoted Kapitänleutnant and CO of a torpedo boat. In 1915 he joined the U-Boot Schule and became Commander of U 2. In 1916 he was some time a teacher at the U-Boot Schule but returned to active duty as Co of U 53.

In September 1916 he sailed to the USA and even went to Newport. In October he had a very good campaign on the Atlantic, while returning home. 1917 Kaiserbild and Pour le Mérite on the 20th December. On the 5th of December 1917 he sank the US destroyer USS Jacob Jones. In 1918 he became Admiralstaffofficer on the staff of the U-boat commander.

He left service in November 1919 as Korvettenkapitän. After the war he became active in the industry.