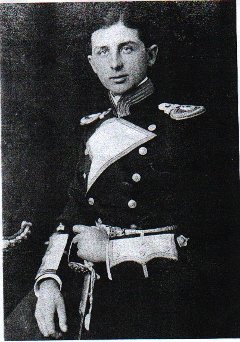 On 26 June 1844 a piece of land on both sides of the Toten Weichsel at Danzig became property of the Royal Prussian Government. It was originally meant as a depot at anchoring space for the Amazone, the only warship they had at the moment. In 1848 Prussia started constructing more warships and needed its own shipyard for these means. This became the Danzig.

In 1850 new grounds were bought, further constructions followed and in the late 1870's there was a very large extension of the facilities. In 1906 for example the Emden was constructed over there.

It seems as that the very first plans for construction of a submarine on the shipyard date back from 1865, but it was never realised. In the autumn of 1904 works started on initiative of Grandadmiral von Tirpitz. But the final order came only on 4 March 1906 with the U 2. It was found to be no success and the boat was spending more time along the pier than in service! The following constructions from the yard, U 3 and U 4 and also the U 9 - U 12 series were much improved designs.