Departing Astoria for the Puget Sound Naval Shipyard, Bremerton the ship was eased out into the main channel of the river and headed downstream toward the Columbia bar. The Columbia is notorious for the mountainous waves generated by this very large river as it flows into the Pacific ocean. As Guadalcanal pitched and rolled its way through the heavy seas most of the landlubberly crew promptly turned green and were soon hanging over the rails. Some even learned it was wise to hang over the rail on the downwind side. The waves were huge and that night a lookout was washed overboard. Search operations were conducted but the man was never found.

At the Navy Yard, ammunition was loaded, the ship de-guassed to reduce its magnetic signature, and speed trials made over a measured mile. At the height of the speed run, Guadalcanal, throbbing and shaking in every weld with the Skinners pounding away, was making slightly over 20 knots, and the crew was beginning to feel they were aboard a truly fast ship. At that moment a Fletcher class DD making about 35 knots raced by throwing a roostertail twenty feet in the air thus ending any misconceptions that Guadalcanal was about to set a speed record.

Fully loaded, Guadalcanal departed Bremerton and headed south for the Alameda Naval Air Station in San Francisco Bay. Here aircraft were loaded, the ship refueled, and the voyage continued south to San Diego where a period of intense training was entered. The first flight operations were conducted and the guns unlimbered for gunnery practice.

Captain Gallery had decided he would make the first take-off and landing on his ship. As he taxied into position on the flight deck for take-off, there was an understandable air of nervousness on the part of the inexperienced flight deck crew; this operation had better go as planned. There is no record of how Captain Gallery felt. 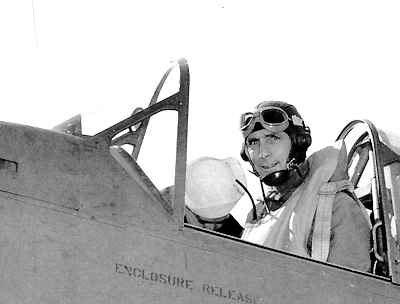 The SNJ rolled down the deck, rose into the air, and entered the landing pattern. As he rolled out of the final 90 degree turn just off the stern, the LSO had him "in-the-groove", and he was given the "cut" signal. The Captain chopped the throttle, picked up a wire, and came to a sudden stop. The tail hookmen ran out, released the wire, and the Captain taxied forward to the cheers of the flight deck crew; Guadalcanal was now a carrier and "the old man" had shown everybody how it was to be done.

The following days off San Diego were spent practicing air operations and at gunnery exercises. Hours were spent at flight quarters while the flight deck crews learned and polished the intricate deck handling routines involved in launching and landing aircraft; not the least of which was how to handle aircraft on a crowded deck with engines turning up and not get sucked into a propeller. The guns were fired, and a lot of holes shot in floating targets and sleeves towed by an Avenger. One of the 20 mm AA gunners got a little confused and mistook the towing TBF for the target sleeve. However, at this stage of the game he was still a poor shot and no one got hurt. Fire drill and abandon ship routines were practiced assiduously.

Finally it was time to head for the serious business in the Atlantic. USS Mission Bay CVE-59 had left Astoria about one week ahead of Guadalcanal and both ships were on parallel courses headed for the operating base in Norfolk, Virginia. Guadalcanal transited the Panama Canal in late November 1943. The ship was damaged entering a lock and spent three days in Colon while the shipyard repaired a 40mm gun tub which had collided with the lock wall.

By the end of 1943, the veteran CVEs Bogue, Card, and Croatan had been in the Atlantic for almost a year. The U-boats had been re-deployed to the central Atlantic in an effort to reduce the incidence of air attacks. In the preceding May 43, Admiral Ingersoll had issued orders which turned the escort carrier task groups loose to hunt the U-boats in the central Atlantic. As a result, USS Guadalcanal at this late stage of the U-boat war did very little convoy escort; with the information and directions supplied by Tenth Fleet she primarily hunted U-boats.