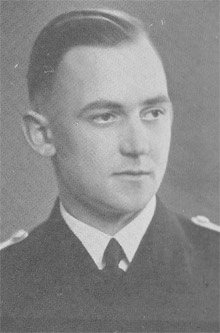 U-1 was reported missing on 21 April 1940 after it failed repeatedly to report its position. In fact, the boat had already been mined and sunk on 6 April in the barrage laid by British destroyers on its exit route on 3 March 1940. This mine field probably accounted for several U-boats on their outbound or return journey.

Discovery of the wreck
The wreck of U-1 was located by divers in June 2007 and her anti-aircraft gun salvaged, confirming the loss in mine barrage Field No. 7. The entire aft section of the boat was blown off indicating a direct mine hit. See more information and photos here: http://wrakkenmuseum.nl/u-1

Unlike many other U-boats, which during their service lost men due to accidents and various other causes, U-1 did not suffer any casualties (we know of) until the time of her loss.

There was another U-1 in World War One
That boat was launched from its shipyard on 4 Aug 1906 and commissioned into the Imperial Navy on 14 Dec 1906. The Naval war in WWI was brought to an end with the Armistice signed on 11 Nov, 1918. Read about SM U 1 during WWI.