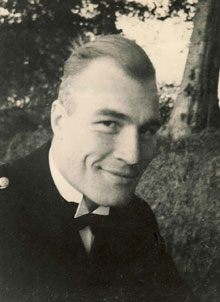 19 Sep 1944
At 20.10 hours, the boat was attacked by B-24 Liberator BZ984 (206 Sqdn RAF/S, pilot P. Carlisle) west of Stadlandet, Norway. U-858 was searching for the disabled U-867 when she was attacked with seven depth charges. Evading the attack by a sharp turn to port the boat crash dived and was attacked with another depth charge shortly after diving, but escaped with minor damage. For some time it was thought that U-865 was sunk in this attack, but the large oil patch and 21 dinghies sighted by the crew of the aircraft about 20 minutes after the attack were actually from the scuttled U-867. (Sources: BdU KTB/ADM199-1786)

14 May 1945. U-858 was originally docked near Fort Miles, Delaware, where the crew were held, and was then taken to the Philadelphia Naval Yard. She was the first German warship to surrender to U.S. forces.

Unlike many other U-boats, which during their service lost men due to accidents and various other causes, U-858 did not suffer any casualties (we know of) until the time of her loss.