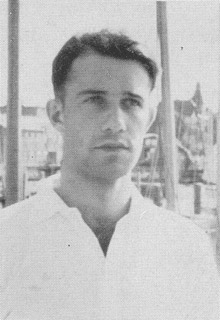 
Erich Topp began his naval career in April 1934. He served six months on the light cruiser Karlsruhe before joining the U-boat force in October 1937. A year later he became watch officer on U-46 (Sohler).

After four patrols in U-46, Topp took over command of U-57 (Korth). During this command he sank six ships with a total of 36,862 tons - a considerable achievement with a small coastal boat. U-57 sank on 3 September 1940 after colliding with the Norwegian ship Rona.

Topp then commissioned the larger type VIIC U-boat U-552, the famous "Red Devil Boat". Topp scored most of his successes in the North Atlantic against convoys, and off the North American coast. On his very successful eighth patrol in March/April 1942, he sank eight ships with a total of 45,731 tons. 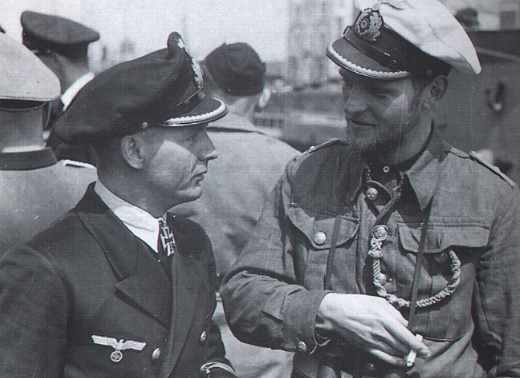 In September 1942 Topp became commander of the 27th (Training) Flotilla U-boat Flotilla, where new U-boat crews received their tactical training. Topp wrote the Battle Instructions for the new type XXI Elektro U-boat Elektro Boats in 1944, and when the war ended he was commanding one of them, U-2513, which he surrendered at Horten, Norway in May 1945.

After the war Topp worked for some months as a fisherman before becoming a successful architect. In March 1958 he joined the Bundesmarine (Federal German Navy). He then spent four years in the USA as a staff member of the Military Committee of NATO. Later he served in several staff positions, and for a month was deputy commander of U-boats.

Konteradmiral Erich Topp retired in December 1969. He was decorated in that year with the Großes Verdienstkreuz (Commander's Cross of the Order of Merit of Federal Germany).

From 1970 to 1984 he worked as an industrial consultant for, among others, the Howaldtswerke-Deutsche Werft shipyard.