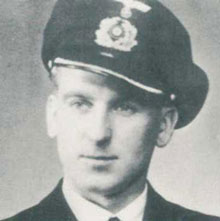 Ernst von Witzendorff served in torpedo boats from the start of the war, and transferred to the U-boat arm in April 1940. He served as IWO (1st Watch Officer) on U-62 from August to November, and was then assigned to Baubelehrung (U-boat construction familiarization) for U-77, becoming IIWO (2nd Watch Officer) when she was commissioned in January 1941 and was promoted IWO before being posted to the 23rd Flotilla at Salamis, Greece in December 1941. 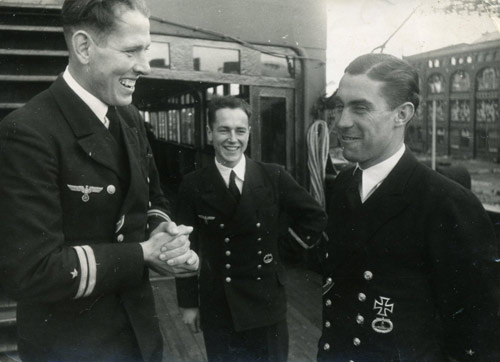 Oblt. von Witzendorff commissioned his first active service command, U-650, in November 1942, but had no success during his eight months in her, also sinking nothing with his next boat, U-267. He returned to U-650 for another eight months in November 1943, and operated in the Bay of Biscay during the Allied landings in June 1944. He enjoyed no more success in U-650 this time around, but it should be remembered that at this stage in the war it was something of an achievement for a U-boat just to return from patrol.

Oblt. von Witzendorff was similarly unlucky with his last two commands, a new elektroboat, U-2524, and U-1007, a type VIIC U-boat: he was forced to scuttle both after they were disabled by air attack. For the last week of the war he commanded a Naval infantry unit, the Wachbattalion Dönitz. His bad luck then continued, as he then spent a remarkable two and a half years as a POW until November 1947.

In 1956 Ernst von Witzendorff joined the Bundesmarine (Federal German Navy). From Jan 1969 to Sept 1972 he commanded the famous Segelschulschiff (Sailing school ship) Gorch Fock. Later he was the head of the advisory department to the Merchant Shipping Association in Hamburg (Marine für die Handelsschiffahrt).