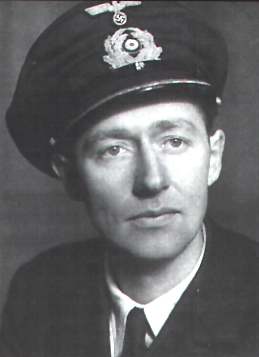 
Victor Oehrn joined the Reichsmarine in 1927. He spent his first years mostly on the light cruisers Königsberg and Karlsruhe, but then was one of the first officers to transfer to the newly commissioned U-boat force in July 1935. After a short program of U-boat training, he became commander of U-14 in January 1936, taking the boat into Spanish waters during the Civil War in July/September 1936.

After a year in officer training units he finished as one of the few U-boat officers in the German Marine-Akademie in summer 1939. In August 1939 he became an Asto (Admiralstabsoffizier, Admiral staff officer) on the staff of Dönitz (BdU org).

Following the torpedo malfunctions crisis during and after the invasion of Norway, Kptlt. Oehrn was sent on patrol with U-37 to restore the U-boat men's trust in their torpedoes. This patrol became a great success when he sank ten ships with a total of 41,207 tons and torpedoed and damaged another of 9,494 tons.

During a mission in North Africa in July 1942, Victor Oehrn was captured after being severely wounded, and ended up in the British General Hospital 19 at Alexandria, Egypt. Later he was sent to POW Camp 306 near the Bitter Lakes on the Suez Canal. He was released in an exchange of prisoners in October 1943 and returned to Germany via Port Said, Barcelona and Marseilles in November 1943.

For the remainder of the war he served in staff positions.