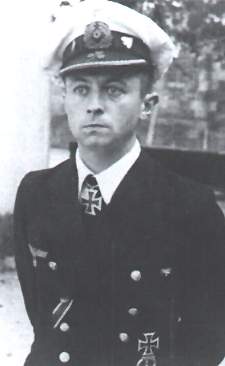 The idea of stationing German U-boats in Penang or Sabang for operations in the Indian Ocean was first proposed by the Japanese in December 1942. As no supplies were available at either location the idea was turned down (although a number of U-cruisers from the first wave operated around the Cape at the time).

The idea was raised again in the spring 1943. Additionally, the Japanese requested 2 U-boats to be handed over for copying. Although Doenitz saw no point in such a handover, it was decided to give a type IXC boat.

As long as targets were available in the Atlantic, Doenitz considered sending U-boats on a large scale to the Far East as unprofitable. However, on 5 April, 1943 it was decided to send U-178 to Penang to establish the naval base there. U-511 sailed soon after to be eventually given to the Japanese in return for rubber:

U-511 scored some success while on the passage to Japan. The boat carried Vice-Admiral Nomura (the Japanese Naval Attache) and in September 1943 was recommissioned as RO-500. U-511's crew was to be a spare crew for the boats which were later to operate from the Japanese-held bases.

After the May 1943 crisis it was decided to look for less strongly defended areas and the idea of sending boats to the Far East was finally approved. Indian Ocean was the only region with almost peace-time shipping arrangement and still with U-boats radius of action.

As the result arrangements were made to replenish U-cruisers still operating around the Cape and to send a new wave of boats for the attack in the Arabian Sea. The latter was scheduled for the end of September 1943 - right after the monsoon period. Because of this the group was named Monsun. The group was to sail in June 1943 at the latest.

3.2 The first wave of Monsun boats

9 type IXC and 2 type IXD/2 boats were scheduled for the attack in the Arabian Sea and sailed as group Monsun:

Initially U-462 was assigned to the group for refuelling some 300 miles east of St Paul's Rock. A second replenishment was scheduled south of Mauritius from a surface tanker. However, U-462 did not break through the Bay of Biscay in 2 attempts being damaged by aircraft and returned for long repairs on 6/07/43. As most of the Monsun boats were already on the way another tanker, U-487 was assigned but she was sunk on 13 July, 1943 without refuelling Monsun boats.

After the massacre of U-tankers in the summer 1943 emergency fuelling arrangements were needed for U-boats concentrated around the Azores (including Monsun boats).

Of the initial 11 Monsun U-boats 4 were destroyed in transit and 2 diverted on emergency refuelling duties (1 of which sunk) so effectively only 5 boats managed to break through: U-168, U-183, U-188, U-532 and U-533. They reached the Indian Ocean without further trouble. Between 11/09 and 13/09/43 they took on fuel from the surface tanker Brake, sent from Penang. The rendezvous took place 450 miles south of Mauritius without incident.

Meanwhile the Japanese already started operating in the Arabian Sea (August 1943) and certain arrangements were made to avoid incidents between U-boats and Japanese submarines (attacks on other submarines strictly forbidden). Eventually the Monsun boats were allocated as follows:

U-188 experienced torpedo failures due to the hot climate affecting torpedo batteries. All the remaining 4 Monsun boats (after the loss of U-533) entered Penang by the beginning of November 1943. The commanders of U-168 and U-183 had been affected by the strain of the long voyage and the commander of U-183 was later replaced by Kptlt. Fritz Schneewind of U-511.

U-219 was due to lay mines off Cape Town and Colombo but was recalled as a tanker. U-848 and U-849 were destroyed off Ascension while U-850 off the Azores - all by aircraft. U-510 refuelled from U-219 and reached the Indian Ocean where in February and March 1944 she scored hits.

While in the Indian Ocean U-510 joined the boats operating from Penang:

The first boat to operate from Penang was U-178, later joined by 4 Monsun boats and U-510 coming from France. U-178 and U-510 refuelled from the surface tanker Charlotte Schliemann on 28 Jan, 1944 stationed 100 miles south-east of Mauritius. U-510 achieved some success in the Indian Ocean. She attacked convoy PA-69 on 23 Feb, 1944 in the Gulf of Aden and scored hits.

The size of Penang flotilla was limited to 5 U-boats due to the dockyard capacity. The Monsun boats were so short of torpedoes that U-532, U-188 and U-183 were ordered to embark strategic materials and come home via the patrol areas in the Indian Ocean.

U-532 was also to refuel from Charlotte Schliemann but bad weather prevented that on 11 Feb, 1944 when 950 miles east of Madagascar. The tanker was then detected by the Allied while refueling U-532 and forced to scuttle. 41 survivors were captured by the British destroyer HMS Relentless and others rescued by U-532. She later was under depth-charge attacks for 3 days.

U-178 transferred some fuel to U-532 on 26 Feb, 1944 and left for France. U-178 was later attacked by aircraft on 8 March, 1944 off the Cape of Good Hope but survived. She was later to meet the eastbound transport UIT-22 but the latter was sunk by aircraft on 11 March, 1944. She arrived at Bordeaux, France with engines almost out of order.

The remaining 5 boats (4 Monsun from Penang and U-510) carried on operations. Another refuelling was scheduled from the tanker Brake in March 1944. This time U-532, U-188 and U-168 searched the area for some time before. On 12/03/44 U-188 and U-532 refuelled but bad weather again interrupted the operation. Later during the day Brake was detected and forced to scuttle. The survivors were rescued by U-168. The boats had to share fuel among themselves. Eventually U-168, U-532 and U-183 were forced to stay in the Far East due to the fuel shortage. Only U-188 could proceed back to Europe where she was paid off.

One of the reasons for disappointing results was the quality and quantity of torpedoes available at Penang. They were derived from German armed merchant cruisers and blockade-runners and suffered badly from the long storage in the tropics. To make up for this special torpedo transports of type VIIF were sent with torpedoes and spares. Also further operational boats were systematically sent to the Far East:

U-852 sank the Greek ship Peleus on 13/03/44 and survivors were machine-gunned in the water. The commander and officers of U-852 were later captured and after a trial sentenced to death. This was the only proven case of machine-gunning survivors by a German U-boat.

U-843 was damaged by aircraft in the Atlantic but reached Penang.

U-859 was torpedoed by an Allied submarine off Penang after a 6 month patrol when she scored hits.

U-180 and U-195 were the only type IXD/1 boats with unreliable experimental fast-running diesel engines. They were completely converted to transports with new diesels. Together with U-219, a minelayer also adapted as a transport, they sailed as a part of the evacuation from French ports. They were bound for the Far East. U-180 was mined but the others reached Jakarta.

U-490 was sent to the Far East to make up for the loss of supply ships in the Indian Ocean.

U-861 initially operated off the Brazilian coast.

It can be seen that the effort was gradually shifted from combat missions to transport missions. Some of the boats were even permanently converted to transports like U-180, U-195, U-219, U-234 and others. How important the transport missions were can be judged from the fact that even in the spring 1945 U-boats were still sailing to the Far East. Some of them with interesting cargoes indeed - like well-known U-234. U-874 and U-875 were loading some 170 tons of mercury, lead and optical glass but never left European waters.

Very few patrols with the intention to return back to the Far East bases were attempted by the Monsun boats. U-168, U-183 and U-532 all made a patrol early in 1944 but in fact U-183 and U-532 were intended to sail to Europe. Further actions include:

U-183 operated off the south coast of India. Around 25 June, 1944 she refuelled eastbound U-537. She sank just 1 ship. U-181 sank 1 ship (and arrived at Penang according to the evacuation orders given meanwhile to the Far East U-boat flotilla. 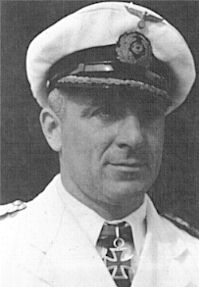 U-862 operated in the Pacific off Australia and came close to Sydney as she sank the 7180-ton American steamer Robert J. Walker off the southern New South Wales coast off Montague Island about 160 miles from Sydney on 24 Dec 1944. After which U-862 did not venture further north, to the Sydney area, rather she retraced her route back to the Indian Ocean. U-862 was the only U-boat to operate in the Pacific.