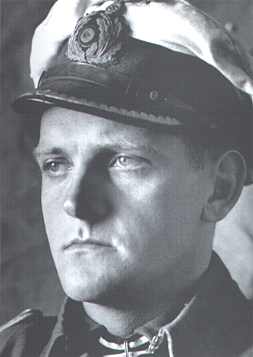 U-25 was reported missing when it failed to report its position after sailing from Wilhelmshaven. The body of one of its crewmen was washed ashore on Heligoland on 19 August 1940. It is very likely that the boat was mined and sunk in the barrage laid by British destroyers on its exit route on 3 March 1940. This mine field probably accounted for several U-boats on their outbound or return journey.

18 Jan 1940
At 16.25 hrs, the boat torpedoed and sank Pajala near North Rona, Hebrides. Her escort, the armed boarding vessel HMS Northern Duke, forced U-25 to dive with gunfire at 17.26 hrs and followed up with depth charges. She claimed hits on the conning tower and the sinking of the enemy, but U-25 in fact escaped undamaged.

5 Nov 1939
A man was lost overboard in the Bay of Biscay. [Bootsmaat Wilhelm Lützeler]

There was another U-25 in World War One
That boat was launched from its shipyard on 12 Jul 1913 and commissioned into the Imperial Navy on 9 May 1914. The Naval war in WWI was brought to an end with the Armistice signed on 11 Nov, 1918. Read about SM U 25 during WWI.